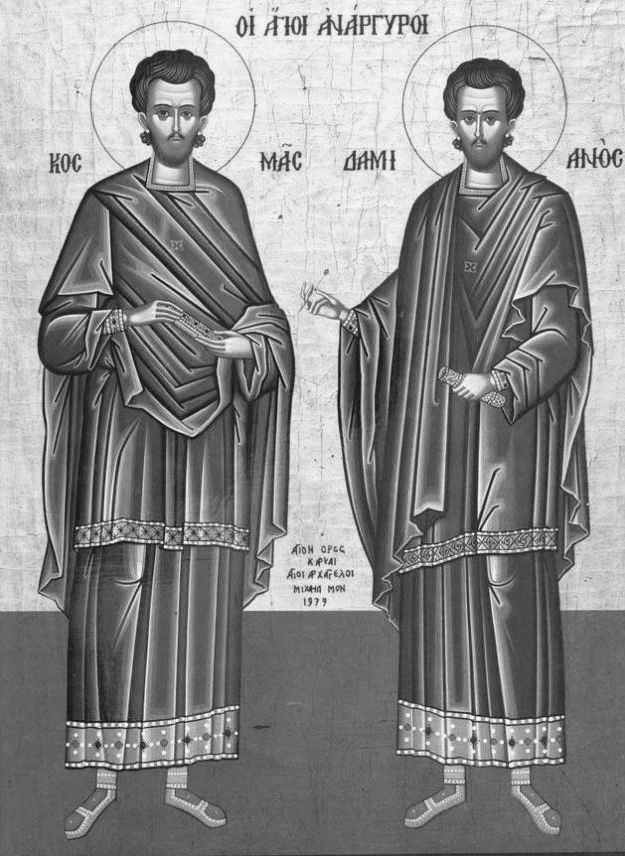 Beloved in Christ brothers and sisters!

Please, check this page for the latest announcements regarding the coronavirus respond situation in our church.  Restrictions on church attendance have been put into effect. Make sure you can get inside before arriving. Appointment should be required in advance.

We are dedicated to improving the lives of those in our spiritual community and maintain our church property in good condition. Your contribution helps us to do so.

Our full official name is "The Russian Greek Orthodox Church of the Holy Unmercenary Physicians Kosma and Damian in Passaic, NJ"

Service Schedule: Sunday and holiday services are held according to the timetable available on request via e-mail.

Services are performed according to the Julian calendar (old style).

In 1952, a group of believers led by Doctor of Medicine Nikolai Stepanov asked for blessings from the Synod of the Russian Orthodox Church Outside of Russia for the opening a parish in honor of the Holy physicians, Unmercenaries and Wonderworkers Kosma and Damian of Asia. Doctor Stepanov, having a theological education, became the first priest of the new parish.

The church is currently located in Passaic, New Jersey. The church community is multinational, friendly, benevolent and hospitable.

Since November 2018, Abbot Arseny (Manko) has been appointed as the rector of the church.